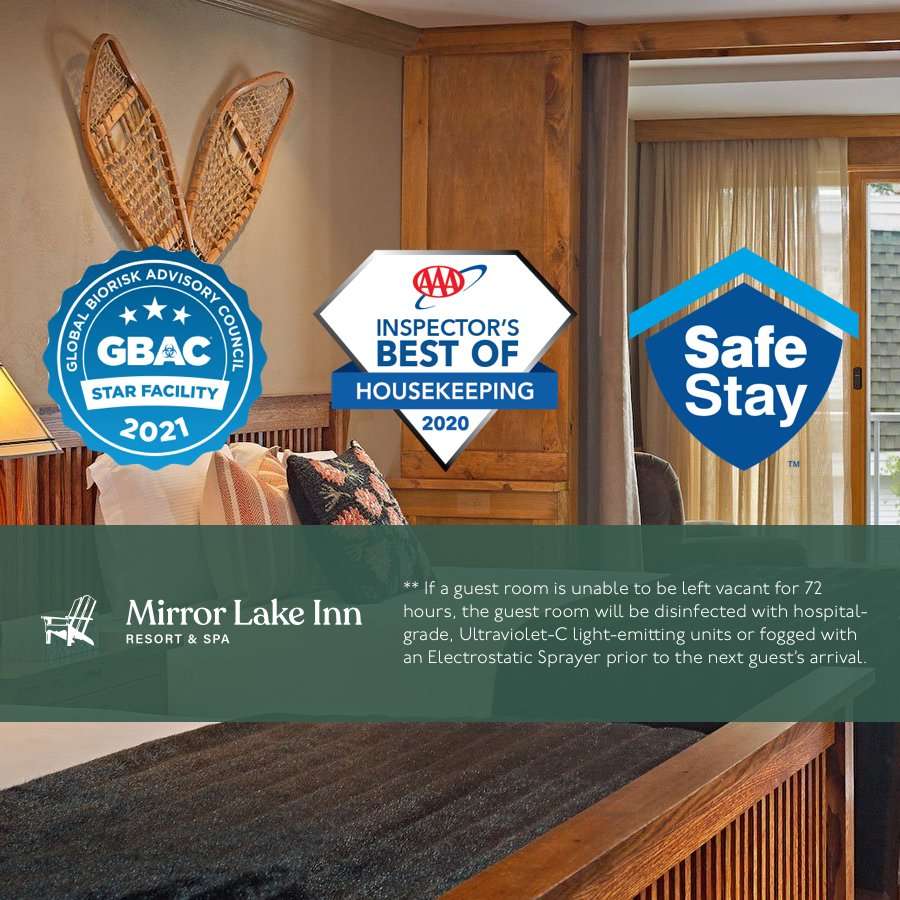 LAKE PLACID, N.Y. – Less than a year after concluding a ski racing career that produced Olympic silver and bronze medals, Andrew Weibrecht of Lake Placid, was among eight skiers, boarders and snow sport officials inducted April 6 into the U.S. Ski and Snowboard Hall of Fame and Museum – This link opens in a new browser tab. The Michigan-based organization hosted their gala ski hall induction event in Salt Lake City.

Weibrecht, son of Mirror Lake Inn Resort and Spa owners Ed and Lisa Weibrecht, recorded his medals in 2010 and 2014, both in Super G. He announced his retirement nearly one year ago, ending 16 years with the U.S. Ski Team.

“I am thrilled to be a part of the Ski Hall of Fame,” remarked Weibrecht, whose Medal of Honor was presented by brother, Jon. “It’s a tremendous honor and I’m very excited that the voting commission felt my accomplishments worthy of recognition, especially within such an amazing group of ski industry powerhouses. This is an incredible honor. I’m super humble in front of all the people that have spoken tonight.”

The Class of 2018 also included Weibrecht’s teammate, Bode Miller. In a series of unique quirks, they shared the Olympic podium in both Vancouver and Sochi, and graced the cover of Sports Illustrated together after the 2010 Games.

Since leaving competitive skiing, Weibrecht is now completing his degree at Dartmouth College, has helped coach the school’s ski and has gotten more involved in various aspects of the family business, operation of the famous AAA Four Diamond Mirror Lake Inn located in Lake Placid, N.Y.

Each inductee came to the podium at the Little America Hotel to reflect on their careers, and give the attendees insight into their ski hall induction achievements. With Weibrecht, the Olympic medals began with family.

“My parents, Ed and Lisa, knew nothing about ski racing when they got my brother (Jon) into the race program. They were avid skiers and asked us if we wanted to do it. We said, ‘sure’. That was the level of involvement they had. They gave us the tools and they gave us the resources. We were so lucky to have that.”

Andrew broke the mold at the New York Ski Educational Foundation – This link opens in a new browser tab, based at Whiteface Mountain. No one younger than eight years of age could enter the racing program. But Weibrecht’s ability and persistence finally wore down then-NYSEF Executive Director Horst Weber, who permitted the exception.

“Jon was the person I was constantly chasing. He was what I wanted to be,” said Andrew. “My little brother, Ethan. He was a ski racer and he was always on my tail pushing. I didn’t want to get beat by this guy. My two sisters, Katherine and Kim. They’ve been most supportive. They came to races every opportunity they had.”

As his ski hall induction comments drew to a close, Andrew remembered those who made his career possible.

“It’s a sport that takes a lot of encouragement from a lot of people, so I want to thank all the coaches that I had, from the time I grew up racing at Whiteface Mountain at NYSEF, all the way through the ski team, and the Olympic team. Thank you. And the U.S. Ski Team for supporting me for 16 years. You’re a piece of family to me.”

Reflecting on his youth, Andrew was like so many youngsters who are impacted by those who came before them.

“In 1994, I remember watching Tommy Moe win his Olympic medals, and I remember thinking, ‘that’s pretty cool. I think I want to do that.’ And here I am, 26 years later in front of you all. I had my opportunity to live out my dreams, to win my Olympic medals. There could be nothing any better, and nothing more I could want out of my career.”

Now over a year since his final ski race, Weibrecht has had the time to understand the genesis of meaningful accomplishments.

“People say it takes a village to raise a child. In the case of ski racing, it takes pretty much 12 different villages across the whole country to raise a ski racing child. I lived in Lake Placid. I grew up there. I have my family there, my support system there. I spent a lot of time in Park City. I lived with the Lanning family. They were incredibly gracious to me and took me into their home.

“I’ve had the privilege of having just the most incredible support system. This is a sport with so many ups and downs. It’s a sport where a great season is if you win one race. It’s a tough sport.”

So tough, that the person closest to him propped him up at every turn, especially in some dark years between Vancouver and Sochi caused by injury. After winning his silver medal in 2014, Weibrecht was immediately asked if he had ever pondered retirement.

“Yes. As recently as last night,” he reflected at the time. But throughout those seasons, his best support system kept him going.

“Last but not least,” he said from the ski hall induction podium, “I want to thank my wife, Denja. We started dating in 2005, so she saw every up and down that I had my entire career. She was always there. She’s absolutely my rock. Thank you for everything. Love you.”